Blog ＞ LuxTram is on track!

Posted on 5 November 2012
This entry was posted in Uncategorized and tagged LuxTram, mobilité. Bookmark the permalink. | Comments 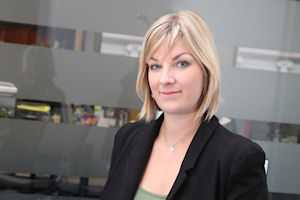 Recently, Jennifer Venne represented RealCorp at a seminar hosted by BNP Paribas where the Ministry of Sustainable Development reported on the ongoing consultations with various stakeholders re “MoDu”, their project to deal with Luxembourg’s increasing traffic issues, restore the city’s environmental and territorial integrity, and create sustainable mobility (“mobilité durable”, known as “MoDu”).

As a French resident who uses the rail network to travel to work in Luxembourg every day, I was pleased to attend this conference, because the LuxTram project affects me personally as well as professionally. The approximately 40 other attendees included landlords, asset managers, real estate agents and others, all of whom listened intently.

This mobility solution interests a wide spectrum of people in Luxembourg, from office workers to property investors to CEOs seeking better locations for their head offices or operational bases. The changes affect not only how easily people will be able to move about the city, but also which locations will be developed and improved and where new projects may be situated.

The presentation summarised the situation as follows:

The need for sustainable mobility

For 30 years, Luxembourg has experienced strong demographic and economic growth. The number of cross-border workers has also increased considerably, which has naturally engendered heavy congestion in public transport and road networks. A recent study found that a bus crosses L’Avenue de la Liberté towards the main station every 27 seconds. The Ministry of Sustainable Development was tasked with finding strategies to improve the situation 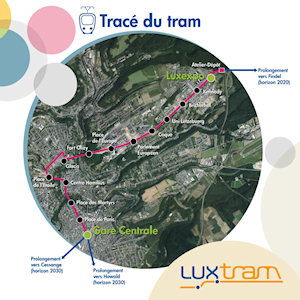 To date, three approaches have been developed:

Railway network construction is planned to be developed in three phases:

From 2030, the idea is to develop the network towards Bertrange via route d’Arlon from the Place de l’Etoile, to Leudelange from Cloche d’Or, and to Strassen from Hollerich-Cessange.

The Pont Rouge station is a major development point in the project.

It will serve the Kirchberg area for rail (one stop will be specially created after the Luxembourg Railway Station) and tram. People working in Limpertsberg, Kirchberg and other northern Luxembourg City areas will therefore stop at this station located below the red bridge. The aim is first to facilitate their access to their workplaces and secondly to reduce transport by bus or car. Passengers will be able to reach the tram or the bus via the funicular that will be installed for this purpose. 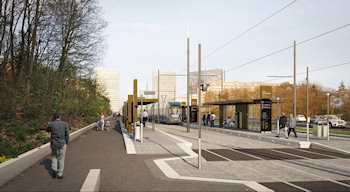 Personally, I am looking forward to my first ride in one of these state-of-the-art trams and to the ease of access they promise to various parts of the city.

Professionally, I believe the expanded network will be very good for business, as several areas of the city which already have excellent buildings, and some which have great development potential, will become even more accessible and attractive.