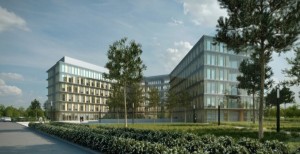 For the last two years, AOS Studley, an independent real estate consulting firm, has published the results of its OIC (Occupiers Cost Index) barometer, which indicates the median occupancy cost per fulltime employee of the office working environment each year. Started seven years ago in Belgium, this study has become a European reference for office real estate. Of the 22 countries surveyed in 2013, Norway has the most expensive offices. Where on the scale are the Grand Duchy and neighbouring countries? Read on.

By studying the costs incurred by their clients over 10 years, AOS Studley extracted the necessary information to develop their barometer. In all, nearly 3,500 buildings, comprising an area of about 30 million square metres, have been scrutinized.

Real estate is the most important cost for a company


The share of the total cost of a business allocated to the real estate budget (space and infrastructure) is 65%. It is therefore natural that companies attach great importance to their premises and their employees’ working environment.

The remaining 35% is divided between:

This percentage allocation applies to all countries studied. There are variations in the total cost from one area to another, but, in general, a decrease of 3% was found even in Luxembourg, even though it remains higher than the European average. The only countries that have not experienced this decrease are the United Kingdom (7th position), Turkey (15th) and Norway, which is still in the lead.

Luxembourg in the Top 5

In the case of Luxembourg, the occupancy cost breaks down as follows: First, costs linked to buildings and infrastructure are €9,979 (just over 1% more than the median cost of €9,853 reported at the European level in 2013); secondly, costs of general services and user support (€1,738), thirdly, information and communication technologies (€3,243) and fourthly, those related to strategic management, including operational and cross-functional management (€593).

This is far above the costs observed in the countries of Eastern Europe, which are located at the bottom of the list. For example, the index for Hungary is close to €4,000 per year for equivalent occupancy.