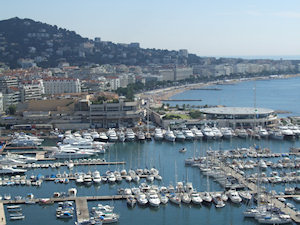 The first good news from Cannes in 2014 is that it didn’t rain! As I enjoyed the spring sun, I remembered how miserable the weather had been during the 2013 conference, adding to the general sense of despondency amongst many MIPIM delegates then.

This year, the better weather was an appropriate backdrop to the generally sunnier dispositions of the attendees. The seminars I attended, as well as my conversations with individual representatives of various companies and industry sectors, indicated that the financial crisis is receding.

Stirring out of paralysis

12 months ago, we were at the tail end of the Eurozone crisis, with everyone still shocked and very cautious after the progressive revelations of just how bad things were in Portugal, Italy, Greece and Spain. Now that their difficulties are no longer an imminent threat to the entire Eurozone, there is a bit more freedom to think and to move.

In fact, investors are stirring out of paralysis, seeing and seeking opportunities in these very countries. Of course, this is inevitably a matter of taking advantage of distressed situations, as the issues are by no means resolved, but at least there is movement! Any form of capital inflow to these countries again means that international investors are taking note of their possibilities.

We also met several investors speaking of increasing their allocations to global real estate again, with Europe an important part of that reallocation. They are coming out of fixed income bonds and out of emerging markets, which have taken a hammering due to recent events in those regions. In a seminar we attended, this trend was confirmed by The European Investors in Non-listed Real Estate Vehicles (INREV).

Capital is being raised to invest in European properties, with more availability of debt finance in several ways. Firstly, banks are coming back into the debt market, widening their criteria and offering reasonably good rates. Secondly, alternative lenders such as debt funds and insurance companies are now following the US model, competing with banks and providing competitive financing. And thirdly, a variety of wealthy investors and family offices have begun looking for stable European cities in which to invest. Switzerland is attracting interest again, and so is Luxembourg.

In general, while people are still careful, they are beginning to consider a wider range of possibilities. Due precisely to the Eurozone troubles, investors were exercising extreme caution over the past 12-18 months, and only prime Grade A space has let or sold. There was very little activity in secondary investments, for example those requiring refurbishment, or with leases expiring, or in secondary locations, or in secondary cities. This led to a lot of competition for Grade A space and therefore prime cities like London, Paris, Munich and Frankfurt are already hotting up, causing prime yields for the best stock to reduce to pre-crisis levels.

Rents up in Luxembourg

Now, with the general relaxing of criteria, investors are looking further up the risk curve and beginning to consider prime properties in secondary cities, and secondary locations in top cities. Rents in Luxembourg have already shot up to beyond pre-crisis levels.

This MIPIM blog post summarises “the essential findings from MIPIM 2014 and some key trends we can expect to see over the next several years”, and its title reflects the general feeling of the Wrap-Up meeting very well: MIPIM 2014 Wrap-Up: “The property market is back in business!”