A recent article in The Real Deal about the proposed new global measurement standards for property* announced that New York City is not keen on the idea. Writer Hiten Samtani summarises the purpose of the initiative thus:

The hope is that a common set of standards will function as a sort of lingua franca across different office markets — which often have drastically different measurement methods — and allow investors, landlords and tenants to more accurately compare spaces and buildings. … Those backing the standards tout the potential for increased transparency. …

Several large organisations have already supported the standards, but some New York representatives apparently believe that they would make no difference to transparency, while reducing rentable areas and therefore asset value.

The initiative to create a universal measurement system for the worldwide office market comes from The International Property Measurement Standards Coalition (IPMSC). This is a wide-ranging non-profit group of 45 influential national and international real estate organisations, including the USA’s National Society of Professional Surveyors (NSPS), the UK’s Royal Society of Chartered Surveyors (RICS), the European Council of Real Estate Professions (CEPI), The International Real Estate Federation (FIABCI) and several other high profile members. 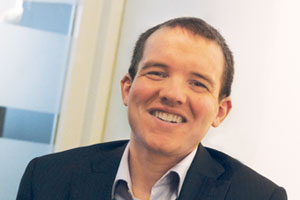 Wouldn’t the opinion of such a group sway even a leading city like New York? Not so, it seems. RealCorp’s investment and agency teams include three Chartered Surveyors (RICS). We asked Asset Manager Erwan Varron RICS what impact the proposal might have for a city like Luxembourg? He responded:

“Measurement is always a tricky issue. In general, the RICS requires Chartered Surveyors to comply with local regulations or practice when measuring assets. In the UK, we use the Measurement Code issued by the RICS, so there is little room for interpretation, although a 10% margin is acceptable.

“Universal standards can be useful. The RICS is currently working on a new guideline for the cost management of construction projects, called New Rules of Measurement (NRM), that is being discussed regionally. They claim that “Our new rules of measurement are based on UK practice but the requirements for a coordinated set of rules and the underlying philosophy behind each section have worldwide application.” This valuable 3-volume suite of documents includes:

“Regarding property measurement, in Luxembourg, we commonly use the Belgian Association for Chartered Surveyors (BACS) code for lease up and valuation. However, administrative authorities use the Vertical Cadaster (cadastre vertical), which varies from the BACS code. As Samtani’s article indicates, issues arise when variation occurs.

“If the new code favours the tenant, it would be worth assessing the positive impacts on services charges and rent. We could even push further and get the property tax recalculated. There might be some arguments about the enforceability of the code, e.g. when will the changes to rent occur?

“As for landlords, if they decided to remeasure buildings, they obviously could not change rent or service charges during the course of a lease. This could only be done during renegotiation of rent terms at expiry or break. Inevitably, points of discord and friction would occur, jeopardising relations between tenant and landlord.

“One issue not yet clearly defined is building types. For instance, take two different kinds of office accommodation: The first is a refurbished residential terraced house let to multiple tenants; the second an office building. The converted house may be redeveloped, but it still has thicker walls than an office building. The demised premises, i.e. the net area, is smaller than that of a comparable office building. In this instance, I cannot easily see how to establish new standards of measurement, given the nature of the assets.

“Additionally, I do not believe that raising the rent enough to offset a lower measurement is an option. This would definitely distort the market. We deal with measurements, but must also be conscious of market-driven values.

“Nevertheless, I do see some merit in agreeing a common method of measurement, as long as the different types of properties are considered and provided for in the code. Also, the code should be enforceable and not only used as a guideline by some practitioners.”

What do you think? Let us know via Comments on this post.