RICS Surveyors to use IPMS for Offices in 2016 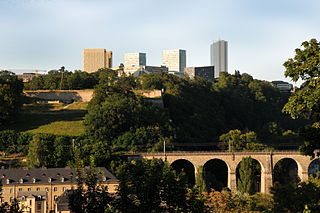 We first posted about the proposed universalisation of property measurement standards in July 2014. We acknowledged that the aim of the IPMS Coalition tasked with developing these standards was laudable:

… to produce international standards that will enable different classes of buildings to be measured on a transparent basis … (and to) … promote market efficiency through greater confidence between investors and occupiers by providing consistent property measurements for transactions and valuations.

At that stage, however, we shared with many valuers worldwide some questions about the applicability of an international standard in the local context. It seemed a tall challenge.

The first two elements apply strictly to office measurements only. The third currently applies to all building classes except offices. It has been effective since 18 May 2015.

The IPMS: Office Buildings document is the first published IPMS standard. It will be updated over time to comply with other IPMS standards, including residential*, industrial and retail, as they are published.

Some parts of RICS Property Measurement are mandatory for RICS members and will be subject to regulation by RICS. Other elements are provided as professional best practice guides and practitioners are strongly advised to follow them.

Implications of the change from BACS to IPMS

The BACS (Belgium Luxembourg Association of Chartered Surveyors) Code of Measuring Standards was first published in 2000. It was not mandatory, but, in the absence of any other standard, has since then had its place in guiding the marketing of Luxembourg offices.

However, the increasing number of cross-border investors will be glad to simplify their assessments by using a single measurement standard. Inevitably, therefore, property owners, as well as agents, architects and developers, will also turn to IPMS.

It appears that this change will initially have only a moderate impact on quoted rents and prices per square metre in Luxembourg, because there is no great difference between current BACS measurements for offices and the new IPMS, at least for standard configurations.

How can RealCorp’s RICS Chartered Surveyors help you?

Notes
* You can buy digital (£20) or hard copy (£40) versions of RICS Property Measurement from the RICS Shop.
* The IPMS Coalition has identified ‘Residential Buildings” as the next class of property for which to develop IPMS. They ran a public consultation on IPMS for Residential Buildings from 15 June 2015 until 30 September 2015. The consultation is now closed, but it is useful to scan the Consultation Document for a summary of the challenges faced and possible approaches. According to their site, they aim to produce a final standard by the end of 2015.